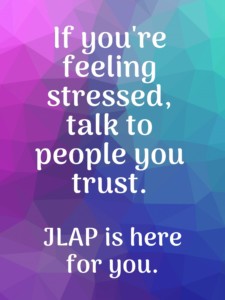 A Message About COVID-19 (Coronavirus)
from Buddy Stockwell, Executive Director of JLAP

The COVID-19 emergency requires everyone to protect themselves and others from the physical threat of contracting the Coronavirus. But we must also intentionally protect our emotional well-being during these difficult times.

Stress, Anxiety, Depression, Isolation and a natural “Fear of the Unknown” can impact our quality of life and reduce our ability to be resilient and hopeful. The emotional toll of this emergency is also especially challenging for those already managing mental health challenges.

JLAP has also created the following comprehensive webpage that provides suggestions and numerous links to valuable mental health information to support your well-being and mental health:

As always, all calls to JLAP are strictly confidential and privileged by law. As such, if JLAP can help, please do not hesitate to call us at (985) 778-0571 or email to JLAP@louisianajlap.com 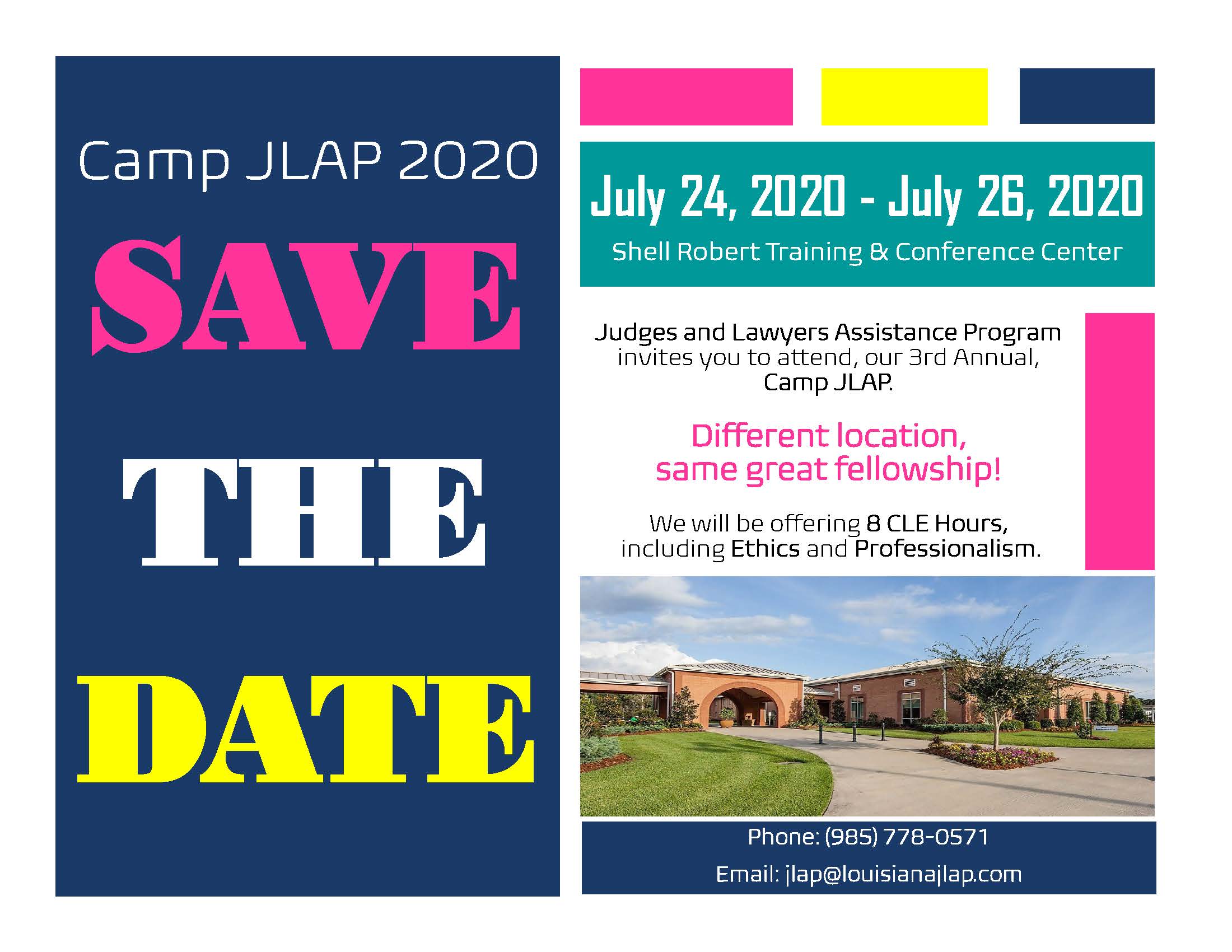 Your Guide To The Massive (And Massively Complex) Opioid Litigation

Make no mistake: The legal fight over liability for the U.S. opioid crisis is only heating up.

An 11th-hour settlement Monday morning averted what would have been the first trial in a landmark federal case, one involving thousands of plaintiffs at nearly every level of government and defendants from every link in the chain of opioid drug production. But all the other lawsuits in the broader case remain on track for courtroom confrontations.

And with the costs of the crisis estimated at tens of billions of dollars and with more than 200,000 overdose deaths since the late 1990s, the stakes are immense — even for people who have never heard of this case. What happens with it will largely determine how much money cities and counties nationwide will have to fight the devastating effects of opioid abuse and when they’ll get it.

But the litigation is also intensely complicated. So let’s begin with the basics.

Click to continue reading this Health News article from NPR.

2019 Annual Conference of the Federation of State Physician Health Programs 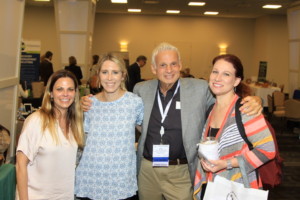 Researchers investigate why certain brains are more vulnerable to addiction

A new USC study examines how to identify the people most at risk of opioid addiction and how to best treat those already addicted. 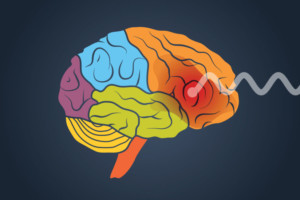 In a report published Tuesday, researchers in neuroscience, addiction and behavioral health laid out the latest research into what makes individuals vulnerable to substance abuse and dependency, along with new discoveries that may hold the key for successful prevention and treatment for those addicted to opioids and other drugs.

The authors noted that, although the use of psychoactive drugs has occurred in almost every society in human history, fatalities from the more recent wave of opioid use are unprecedented. More Americans are dying from overdoses than from car accidents.

Their study, published in Psychological Science in the Public Interest, makes the case that understanding the neurobiological mechanisms underlying drug-seeking behaviors is critical, as is finding evidence-based prevention strategies for opioid abuse in particular and substance abuse in general.

On November 21, 2019, the Louisiana Supreme Court issued an order amending Rule XIX, Section 24E3 to specify that in lawyer disciplinary matters JLAP is the path through which respondents must pass to be reinstated or readmitted in cases wherein substance use disorders are a causative factor in misconduct.

The amendment reflects recommendations made by the national experts in the 2015 JLAP Performance Audit. It is also a straightforward codification of thirty years of Louisiana Supreme Court jurisprudence endorsing JLAP, beginning with the watershed case Louisiana State Bar Association vs. Arthur F. Dumaine, 550 So.2d 1197 (La. 1989) wherein the Court ordered JLAP to provide the Court with expert, independent, objective and reliable data regarding the diagnosis, treatment and recovery of respondents in substance abuse cases.

JLAP is recognized nationally as a leading program and it continues to generate unprecedented 95% no-relapse success rates on average. The Court’s amendment of Rule XIX, Section 24E3 will not only ensure that the public is appropriately protected from the harm that an impaired lawyer can cause, it will also save more lives and careers among those attorneys who have fallen victim to the diseases of alcoholism and addiction. 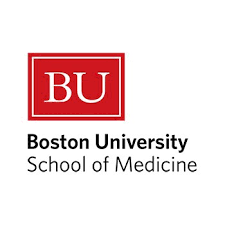 Does yo-yo dieting drive compulsive eating? There may be a connection.

According to BUSM researchers the chronic cyclic pattern of overeating followed by undereating, reduces the brain’s ability to feel reward and may drive compulsive eating. This finding suggests that future research into treatment of compulsive eating behavior should focus on rebalancing the mesolimbic dopamine system–the part of the brain responsible for feeling reward or pleasure.

An estimated 15 million people compulsively eat in the U.S. It is a common feature of obesity and eating disorders, most notably, binge eating disorder. People often overeat because it is pleasurable in the short term, but then attempt to compensate by dieting, reducing calorie intake and limiting themselves to “safe”, less palatable food. However, diets often fail, causing frequent “relapse” to overeating of foods high in fat and sugar (palatable foods).

“We are just now beginning to understand the addictive-like properties of food and how repeated overconsumption of high sugar – similar to taking drugs – may affect our brains and cause compulsive behaviors,” said corresponding author Pietro Cottone, PhD, associate professor of pharmacology & experimental therapeutics and co-director of the Laboratory of Addictive Disorders. 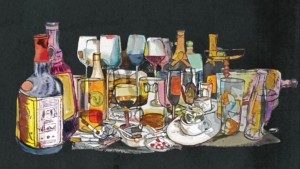 Words matter. When it comes to addiction medicine, stigmatizing language and misunderstood terminology may keep some people from seeking effective care, leave families poorly equipped to support their loved ones, and drive policymakers to make counterproductive, even harmful, policy.

In 2011, the American Society of Addiction Medicine (ASAM) — the nation’s largest organization representing medical professionals who specialize in addiction prevention and treatment — set out to revise the society’s definition of addiction. This task was not easy given the complexity and stigma surrounding substance use and the term itself. At a time when the public had limited understanding and acceptance of addiction as a chronic brain disease, ASAM’s revised definition focused heavily on brain circuitry.

Over the past decade, however, more families, policymakers, and members of the media have come to understand that addiction is a chronic, treatable brain disease with the possibility of remission and recovery. There is also a growing recognition that evidence-based prevention, mutual and recovery peer support, and harm reduction services can play important roles in the full spectrum of addiction care.

The ABA Young Lawyers Division presented the 2019 Fall Conference: Your Practice, Your Future, October 3 – 5, 2019 at the Sheraton in New Orleans.  This conference brought people together from across the legal community to offer outstanding training on advancing justice.

JLAP’s Executive Director, Buddy Stockwell, spoke on Wellness and Well-Being in the Legal Profession, noting that it will be the Young Lawyers that will change the culture, making the practice of law more healthy. 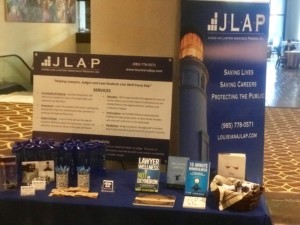 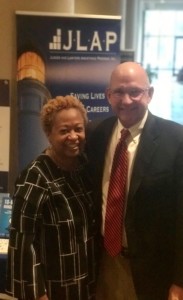 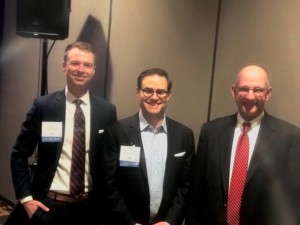