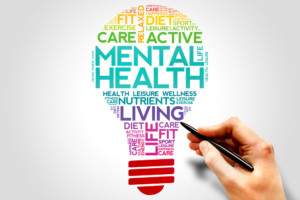 Law is a challenging discipline that involves the ability to analyze, reason, and communicate. The study and practice of law is rigorous and often stressful, however, a law degree can open many doors to a rewarding career in business, practice, government, teaching and public service.

For those law students struggling with issues of depression, anxiety, drug addiction or alcoholism or other mental issues, the JLAP is here to help. We offer a full range of resources and solutions to help you manage your issues in the short and long term. Every service provided through the JLAP is 100% confidential and 100% free.

With Mental Health Day coming up on October 10, JLAP wants to help raise awareness of mental health by helping people realize that seeking help is not a sign of weakness, but rather a sign of strength.

Visit our Law Students section under our Who We Help tab for many great resources.

How opioids reshape your brain, and what scientists are learning about addiction 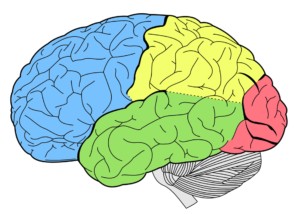 None of us has the brain we were born with. Brains grow and adapt. This process, called neuroplasticity, doesn’t end when you step out of the classroom. Even habits—reaching for cookies when stressed out, keeping your head down during staff meetings—cut “trails” in the brain throughout life that can be hard to overcome.

NEW! You Can Now Make a Donation to JLAP Online

Did you know you can donate to JLAP online now? 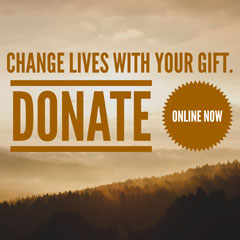 You can now conveniently pay online via PayPal and Visa/Mastercard/Discover.

Simply go to our donation page to donate.

You will receive a letter from JLAP acknowledging your tax deductible donation.

The Judges and Lawyers Assistance Program is a 501(c)(3) non-profit corporation and donations are tax deductible as allowed by the IRS. Your donation will help support the life-saving work of JLAP and further its mission to save lives and careers in the legal profession.

All proceeds will be dedicated to providing direct assistance to lawyers and judges in need of JLAP’s services. Thank you for your support!

We will return to the beautiful Solomon Conference Center in Loranger for a weekend filled with fellowship, fun and fantastic CLE’s, including ethics and professionalism.

First year was great, but the second will be even better!  Afternoon yoga, fishing, and raffle prizes too!

All meals and CLE’s are included with your $100 registration.

Overnight accommodations are available, on a limited, first-come first-serve basis, for an additional fee. If interested in sharing a room, please call JLAP directly. 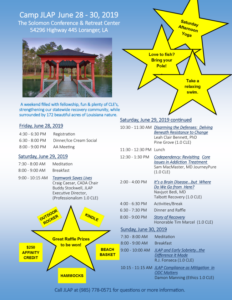 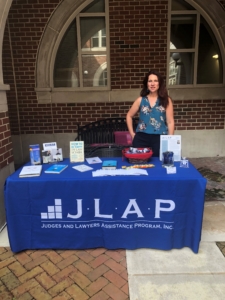 ABA Journal – Your Voice – “Top Stories of the Week”

An open letter to potential law students: Know the truth

BY NICOLE BLACK AND HEATHER MORSE With the recent news that some BigLaw starting salaries are rising to $190,000, it’s no wonder that law school continues to be a top destination for recent college graduates. However, the truth behind those starting salaries—and given the volatility of the legal job market and the effects of globalization and technology on the business of law—should give one pause before taking out $200,000 in school loans.

So the question remains: Should you go to law school? The answer, according to two legal industry experts: It depends.

Nicole Black and Heather Morse are two leading voices in the legal industry when it comes to discussing business of law trends, from the intersection of technology and the practice of law to the inner workings of successful law firms. Both are frequently asked for their advice by potential students considering law school. Here’s what they have to say about the wisdom of attending law school in 2018.

Nicole: I recently received an email from a young man who was considering attending law school, and was seeking my opinion on the advisability of doing so. He told me he’d approached other lawyers for their input on the value of a law degree in 2018 and had received “mixed signals.”

Heather: Given the financial investment to attend law school, with no guarantees of a high-paying job at the end of three years, I’m not surprised to hear that. To be honest, I’m often shocked by the lack of due diligence by the students. I recently had the opportunity to sit down with a 1L who is attending an Ivy League law school. “What type of law are you looking to practice?” I asked her. “BigLaw,” she replied. This led to me to immediately jump on my Legal Watercooler soap box about the current state of the business of law, especially where law school students are concerned.

Helping Lawyers with Alcoholism and Addiction

Long hours, a frantic pace, a competitive environment and pressure to succeed can contribute to making the job of a lawyer extremely stressful. Research shows that lawyers struggle with depression, anxiety disorders and substance use disorders such as drug and alcohol addiction at higher rates than other professions.

Despite the well-known toll that working in a high-intensity, demanding field can take, lawyers are typically unwilling to admit when they were struggling, said Buddy Stockwell, who is also a lawyer and the executive director of the Louisiana Judges and Lawyers Assistance Program (JLAP).

According to Stockwell, the stigma and fear associated with seeking help for mental health and substance use issues are especially problematic for lawyers.

“We are trained in law school very early on to never surrender. That’s a huge barrier to seeking help. Lawyers do not want to give up and do not want to appear incapable of handling problems themselves,” Stockwell said. “And of course, there is the tremendous fear that if anyone finds out that you have a substance abuse problem, even if it’s successfully treated, it will somehow get you fired, get you into trouble with the disciplinary board, and have your peers whispering about you around the water cooler. The fear is that somehow it may be used against you.”

“To have a partner like Buddy Stockwell at the Louisiana Judges and Lawyers Assistance Program is really a gift,” said Positive Sobriety Institute Medical Director Dr. Dan Angres. “Because of that partnership, we’re going to see better outcomes. When you combine treatment and monitoring with the ability to collaborate over the long-term, everybody benefits, especially the patient.”

Facebook on Thursday announced that, effective immediately, it will require addiction treatment centers to obtain certification from monitoring firm LegitScript before being approved to advertise in-person addiction treatment services in the United States.

“Today’s announcement is the next step in our efforts to support our community on Facebook in response to rising addiction rates in the US,” Facebook’s Avra Siegel said in a statement emailed to Behavioral Healthcare Executive. Siegel is on the policy team coordinating Facebook’s effort to respond to the opioid epidemic.

Rehab that puts alcoholic pilots back in the cockpit

The words CLEARED FOR TAKEOFF are welcomed by air travelers in a hurry. They’re even more welcomed by airline pilots who once feared they’d never fly again. Our Cover Story is reported by Tony Dokoupil:

Many alcoholics can tell you the exact moment they hit rock bottom. Former airline Captain Lyle Prouse hit his at 30,000 feet.

On March 8, 1990, he was at the controls of Northwest Flight 650, Fargo to Minneapolis, with 58 people aboard, and after a night of heavy drinking on a layover, he was drunk.

His blood-alcohol content that morning was at least 0.13 percent: Too drunk to drive, and more than triple the limit for flying.

Dokoupil asked, “Did you have any doubts about getting on that plane?”

“No. I mean, I wouldn’t fly the airplane if I thought I was gonna die.”

The plane landed safely, but Prouse and his crew were arrested, and became the first commercial airline pilots convicted of flying while intoxicated. Prouse was sentenced to 16 months in federal prison.

“No other pilot in all of American commercial aviation damaged the profession like I did,” he said. “That was a knife in my heart. That hurt.”

Lyle Prouse’s career was a longshot from Day One: Raised by alcoholic parents, he joined the Marines and fought his way from a ground unit into a fighter jet, and a decorated career. Somewhere along the way, though, he became an alcoholic himself.

“Our pilots are just like all people; they have some of the same shortcomings that any of us could have,” said Peggy Gilligan, the former FAA administrator in charge of safety. She says a drinking problem is not necessarily the end of a pilot’s career.

“There are lots of things that initially might disqualify you from being a pilot, but with proper care and treatment, with proper rehabilitation, you can return to the flight deck,” she said.

And in fact, for decades, the FAA has been doing exactly that: quietly sending pilots diagnosed as substance abusers back to work.