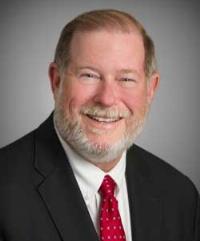 Larry Shea, a founding member of the firm Bradley Murchison Kelly & Shea, LLC , has been practicing law for over 35 years. His professional experience includes extensive litigation representing various businesses, numerous oil and gas producers and pipelines in matters ranging from environmental complaints to oil field operations to contract disputes to ownership issues. He also has considerable experience in non-litigation matters, including oil and gas leasing and operations, exploration and production joint ventures, and business operations, formations, and acquisitions. Mr. Shea has been a very active member of the Louisiana State Bar Association. Mr. Shea has served as the President of the LSBA for the year 2014 – 2015. www.bradleyfirm.com/staff/shea-jr 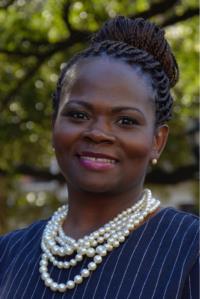 Rachael D. Johnson is a Senior Staff Attorney with the Law Offices of Julie E. Vaicius which serves as staff counsel in Louisiana for Hartford Insurance and its subsidiaries.  Prior to her current position, Rachael was an assistant City Attorney with the City of Riviera Beach, FL, where she advised the city and its various boards on a variety of matters.   Rachael began her legal career in 2005 as a law clerk for the Honorable Nadine Ramsey at Civil District Court in Orleans Parish.  In 2006, she became an associate at the Gary, Williams, Finney law firm in Stuart, Florida representing hundreds of plaintiffs in Vioxx litigation, personal injury and wrongful death cases.  She is a 2005 graduate of Tulane Law School where she was a member of the juvenile litigation law clinic and served on the Executive board of the Black Law Students Association.  Rachael attended Spelman College in Atlanta, GA where she received a B.A. in Psychology in 1998.  She also has a Masters in Social Work from Smith College.  Rachael practiced clinical and adoption social work in Atlanta, GA before returning to New Orleans for law school. 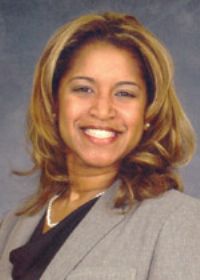 Alainna R. Mire is the chief resilience officer and an assistant attorney for the City of Alexandria and a former human resources director. She received a BA degree in political science in 2000 from Louisiana State University and her JD/BCL degree in 2004 from LSU Paul M. Hebert Law Center. She was admitted to practice in Louisiana in 2004.
Alainna served as Louisiana State Bar Association secretary and Louisiana Bar Journal editor in 2015-17. She also served as LSBA Young Lawyers Division chair, chair-elect, secretary and District 6 representative. She served on the LSBA’s Board of Governors as House of Delegates Liaison Committee chair. 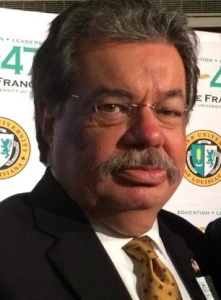 After law school, Lemelle practiced as an Assistant District Attorney in New Orleans, then as member of Douglas, Nabonne & Wilkerson law firm, and with additional service as Assistant City Attorney for the City of New Orleans. From October 3, 1984 to 1998, he was U.S. Magistrate Judge for the U.S. District Court for the Eastern District of Louisiana. That appointment made him the first African American United States Magistrate Judge in Louisiana federal courts and only the sixth in the Nation. In 1998, President Clinton appointed Lemelle to the position of United States District Judge.   He attained Senior Judge status in June 2015.

He has enjoyed service with numerous civic, fraternal and professional organizations; a sampling of that service includes the following:  First Vice-Chair  of the General Service Board of Alcoholics Anonymous, Inc. as Class A Trustee (nonalcoholic);   Vice-Chair of Board for Alcoholics Anonymous Grapevine, Inc.;  Board of Trustees for Xavier University of Louisiana; President of District Judges Association for the U. S. Fifth Circuit; American Bar Association Standing Committee on Diversity in the Judiciary; The Federal Judicial Center’s Advisory Committee for the Guide to Judicial Management of Cases in Alternate Dispute Resolution;  President of the Loyola College of Law-Thomas More Inn of Court;  Visiting Committee Board for Loyola College of Law;  Treasurer of Amistad Research Center’s Executive Board;  Federal Bar Association New Orleans Chapter Board of Directors; Trustee on the American Inns of Court Foundation Board;  Board of Reconcile New Orleans, Inc. d/b/a Café Reconcile-a nonprofit committed to addressing  generational poverty, violence and neglect in the New Orleans area, specifically “at risk” young adults; Federal Bar Association Bench Bar Committee; Sigma Pi Phi and Life Member of Alpha Phi Alpha fraternities. For his professional and community services, Senior Judge Lemelle has received numerous honors and awards too numerous to mention here. 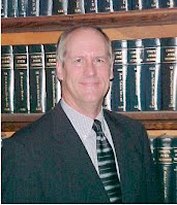 Dian Tooley-Knoblett is the Jones-Walker Distinguished Professor of Law at Loyola New Orleans College of Law. She received her J.D. from LSU’s Paul M. Hebert Law Center in 1980, where she served as Executive Editor of the Louisiana Law Review and graduated Order of the Coif. Before joining the Loyola faculty in 1984, she served as law clerk to Chief Justice John A. Dixon Jr. of the Louisiana Supreme Court and was an attorney in the legal department of Shell Oil Company. She has taught over twenty common and civil law courses at Loyola, with publications in the areas of Louisiana property, sales and leases, community property, and conflict of laws. Since 1987 she has actively participated in law reform in Louisiana by serving as a member of the Council of the Louisiana State Law Institute and as a member of over thirty law reform advisory committees that have drafted legislation, principally revisions of Louisiana’s Civil Code. She is the lead editor of the tenth edition of Yiannopoulos’ Civil Law Property Coursebook and is co-author of a West treatise on Louisiana Civil Law Treatise on Sales, and an Aspen coursebook on Secured Credit. 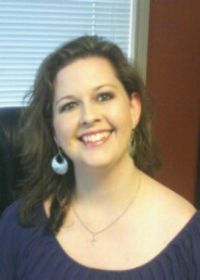 Shayna L. Sonnier is a partner in the Lake Charles firm of Hunter, Hunter & Sonnier, L.L.C. She received a bachelor’s degree in 2000 from the University of Louisiana-Lafayette and her law degree in 2003 from Dedman School of Law, Southern Methodist University. She was admitted to practice in Texas in 2003 and in Louisiana in 2005.

Shayna has served as chair, immediate past chair, chair-elect, secretary and District 4 representative on the Louisiana State Bar Association’s Young Lawyers Division Council and was co-chair of the Wills for Heroes Committee.