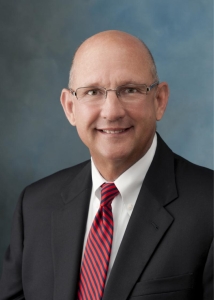 Buddy grew up in the small town of New Roads located on False River in in Pointe Coupee Parish. He earned a BS in Management from LSU in 1989 and a JD from LSU in 1993. Buddy was also an enlisted man in the US NAVY and served on a Guided Missile Destroyer, and he is also a U.S. Coast Guard Licensed Captain. Post-law school, Buddy opened a solo practice in Baton Rouge after a few years at other firms. He focused heavily on domestic litigation. In 2004, Buddy sold his Baton Rouge law office, home and vehicles and he and his wife, Melissa, moved aboard a large catamaran and sailed the seas for six years.

His tenure as JLAP’s Executive Director began January 1, 2011, and in 2012 he was awarded LSBA President’s Award for his exemplary service. Buddy is a Certified Clinical Interventionist through “Love First” training at the Betty Ford Center and has personally been in recovery from alcoholism for over thirty years. He is always on call and works nonstop with bar applicants, lawyers, judges, and their family members who are need of assistance. Buddy has also earned 121 hours of accredited study in substance abuse counseling.